The Riverside County Sheriff’s Department said a woman was detained after her social media remarks about a youngster she spotted at Costco led to “criminal accusations and racial hatred” against the girl’s parents. 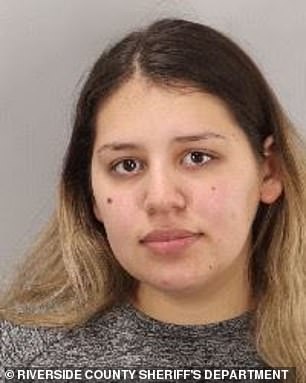 The 23-year-old lady from Desert Hot Springs is accused of giving a police officer false information and willfully filing a fraudulent police complaint.

On Aug. 20, the woman tweeted a video of a family eating at a Costco in Palm Desert. There were five offspring, one of whom is a Black adolescent girl. The woman claimed the teen appeared depressed, so she approached her and asked if she was all right. When the family exited the food court, the woman who was filming them followed them to the parking lot and dialed 911.

She said in her social media posts that the youngster had “begged for help” and that her parents had raped and abused her.

Social media users circulated the posts widely, identifying the girl and her parents by name and revealing their home addresses. They urged others to call the father’s place of business, a dentist’s office, and persuade child welfare officials to “rescue” the teen.

The fact that the family is multiracial fueled a lot of the anger toward the parents: the spouse and other children are White, while the girl in question is Black.

The Riverside County Sheriff’s Department worked with Gilbert, Arizona, police to ensure there was no abuse and that the family was “by all accounts a happy and healthy family,” according to the sheriff’s department. The Arizona Department of Child Safety looked into it as well.

The sheriff’s department claimed the lady who shot the video faked the charges and that her “reckless actions… caused this family to suffer through death threats, the shutdown of the father’s business, and unneeded stress and drama to the child” when she was arrested on Saturday.

In addition, the department stated, “considerable public outrage” over the claims resulted in a deluge of phone calls to the sheriff’s dispatch center, “wasting important call time.”