Bad cops might lose their badges permanently under a bill introduced by California lawmakers on Friday, a year after a similar bill died in the last hours of the legislative session. 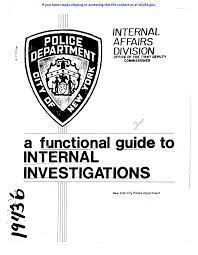 Despite nationwide demonstrations over the murder of George Floyd in Minneapolis, California remains one of only four states without a method of decertifying police.

On a 46-18 vote, the state Assembly adopted what has emerged as the legislative session’s most important criminal justice reform bill, sending a softened version back to the Senate for a final vote before the Legislature adjourns for the year on September 10.

“This is not an anti-police bill. This is an accountability bill. Without any accountability, we lose the integrity of the badge, and the bond with the community is broken,” said Democratic Assemblywoman Akilah Weber, who carried the bill in the Assembly.

The amended bill, she said that “affords ample due process for officers, provides necessary community representation and ensures that good officers are not decertified.”

Law enforcement groups and opponents of the law both agreed that the state needs a method to get rid of problematic cops.

They opposed, however, Democratic Sen. Steven Bradford’s plan, claiming that it is prejudiced because it relies on a nine-member disciplinary board with only two police representatives and seven members with professional or personal ties to police accountability.

One of those of both parties speaking in opposition, Republican Assemblyman Kelly Seyarto said that “It is grossly unfair. None of the other 46 states have a similar composition…. None of them are this lopsided.”

“More Than a Vote,” an advocacy group founded by NBA star LeBron James and other Black athletes, recently endorsed the bill.

“A badge can no longer be used as a shield against accountability,” the group encouraged Assembly members to adopt the bill. For Black communities to be able to breathe.”

Democratic Assemblyman Freddie Rodriguez said he couldn’t support the bill because he was afraid it would cause cops, including his son, a Los Angeles County deputy sheriff, to “second-guess themselves,” hesitate when they need to act and be injured or killed.

The law would require the state to create a new mandatory state license, or certification, that could be revoked, preventing officers from just moving to another police agency.

For inappropriate conduct, such as using unnecessary force, sexual assault, threatening witnesses, making a false arrest or report, or engaging in a law enforcement gang, the bill would give the state’s Commission on Peace Officer Standards and Training the authority to revoke officers’ eligibility.

Officers’ certifications might be revoked if they “demonstrate bias” based on ethnicity, religion, gender identity, sexual orientation, or mental illness, among other factors.